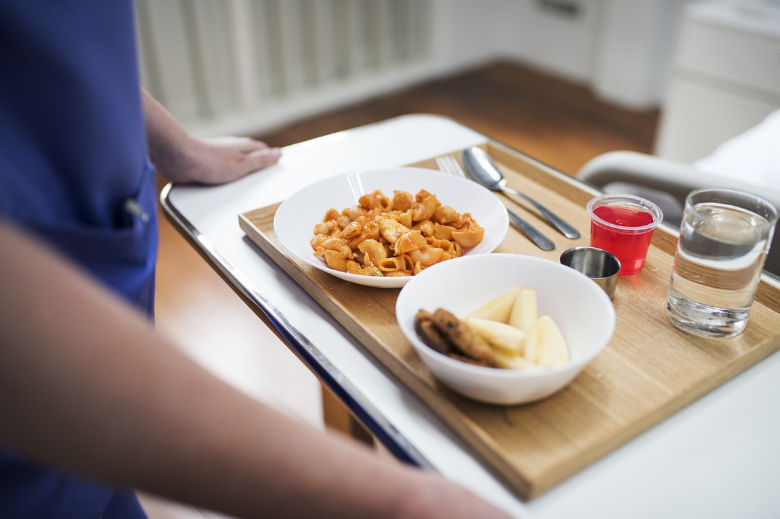 Bake Off judge and celebrity chef Prue Leith has been appointed advisor to a review that will look into hospital food standards across the UK. The review was announced in June, after Health Secretary Matt Hancock confirmed seven NHS Trusts have reported cases of listeria linked to pre-packed sandwiches and salads eaten by patients.

The government is aiming to set new overall standards for the 140 million hospital meals served annually. Philip Shelley, former head of the Hospital Caterers Association, will chair what he said would be a “root and branch” review. It will look at increasing the amount of in-house catering, as well as how hospitals can use more local, fresh produce.

Leith is one of several celebrity chefs, including Albert Roux and Lloyd Grossman who have been asked to advise on hospital food over the years. Speaking about her new role, Leith said: “Millions of pounds are wasted in hospitals with food ending up in the bin. A hospital meal should help, not hinder, the patient’s recovery.”

“Pigswill”, “Slop” and “Not fit for dogs” are just some of the comments the Campaign for Better Hospital Food has received over the years from patients to describe hospital meals. A recent poll by Unison also found more than half of NHS staff would not eat what they serve up to patients, yet staff working long shifts might not have other options.

The important role that nutritious food plays in aiding patients’ recovery was recognised by Prime Minister Boris Johnson, who commented: “Guaranteeing hospitals serve nutritional, tasty and fresh meals will not only aid patient recovery, but also fuel staff and visitors as they care for loved ones and the vulnerable.”

Currently, there are no mandatory requirements governing the quality of food served by the NHS in England. Catering budgets are not protected, and years of austerity mean that some hospitals are spending under £3 per day on meals for patients – including staffing and equipment costs.

The HCA UK believes the answer to improving hospital food lies in ring-fenced budgets to protect catering spending from being reduced, as well as tougher overall standards. The food delivery system in hospitals also needs reviewing to ensure that quality control is maintained at every stage, from preparation to refrigeration and reheating.

The review of hospital food standards will come under the NHS Long Term Plan, which seeks to tackle long-running problems within the service. To read more about the ways the NHS is tackling issues such as staff shortages and efficiency, you can read our article here.

Amaze Umbrella offer a fully compliant payroll solution. To find out more about how we can help call: 0161 464 8993

Three essentials for your CV